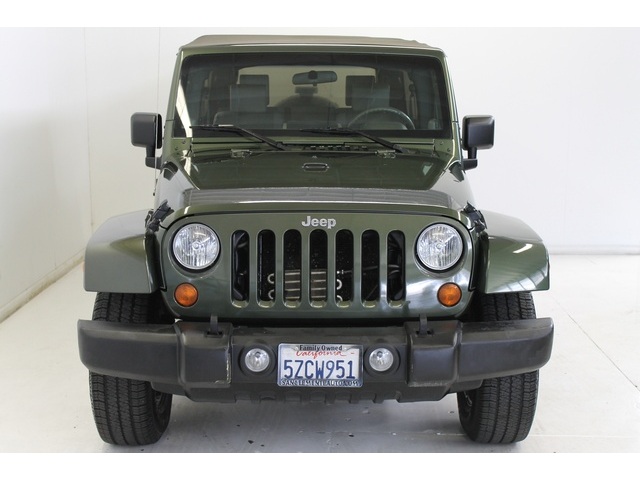 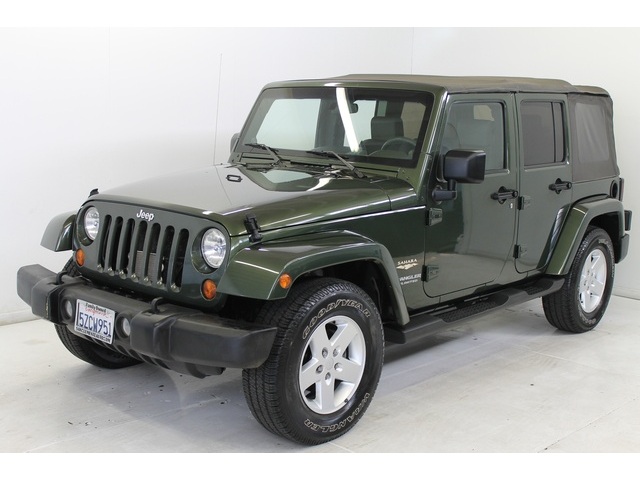 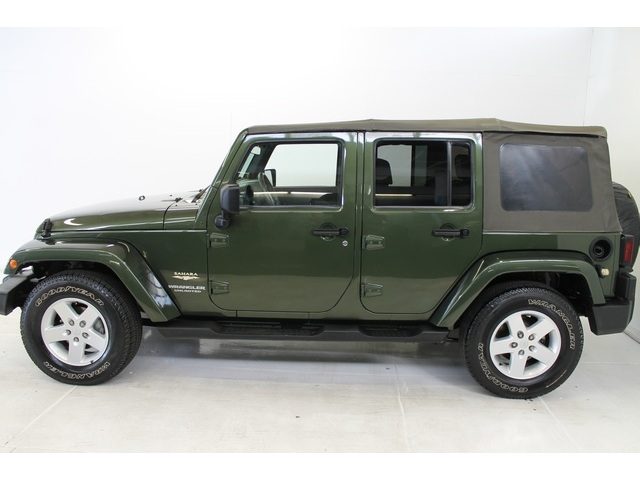 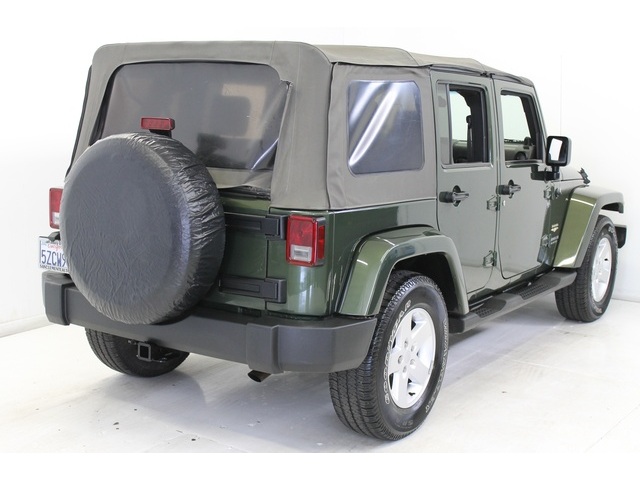 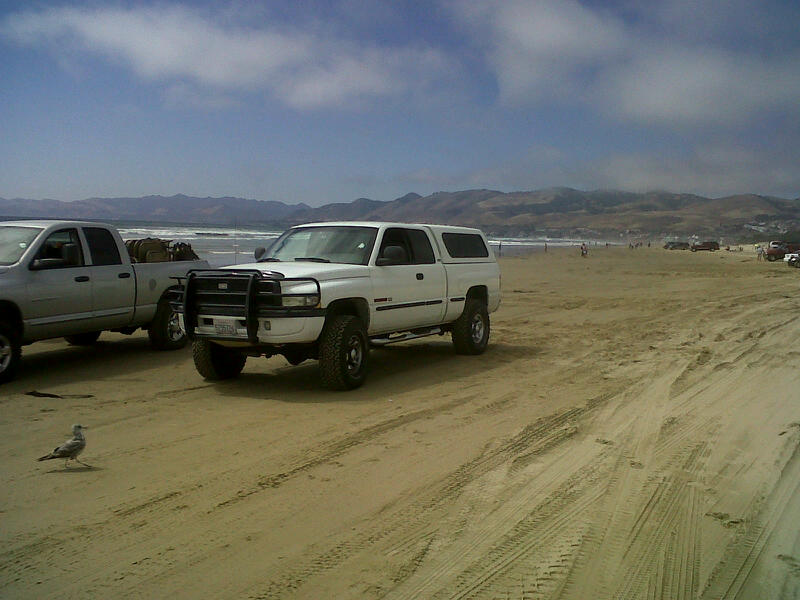 As it happens, I found this awesome Jeep on the Internet and took interest because it was only $9,000.00!!! So I jumped at the idea of owning a jeep and bought it over the internet without ever seeing it, or going over its factory equipment list.

Reality, if sounds too good to be true, it probobly isnt

I buy a train ticket and ride 8 hours to get there. When I get there I discover it is slammed to the ground and it is 2 wheel drive. A refugee hertz rental jeep from Hawaii and who ever heard of a 2 wheel drive Jeep, But far worse!!!! my wife loved it in its SUV form. Later after I got it home and settled into daily driving. I would run into my "friends" and when they saw it, we got more chuckles than admiration. After awhile and discouraged, I just embraced it. So when every one looked under the front axle and there was nothing there , I would laugh and tell them  Yep shes a girl.

As I looked into the mechanics of the Jeep, we discovered that it had been reverse engineered to become 2wd and not designed that way.  It had undergone a CARRIERectomy. Which meant every bolt hole was still there and all the 4 wheel drive stuff would just bolt back on. So the hunt began and so did our transformation. 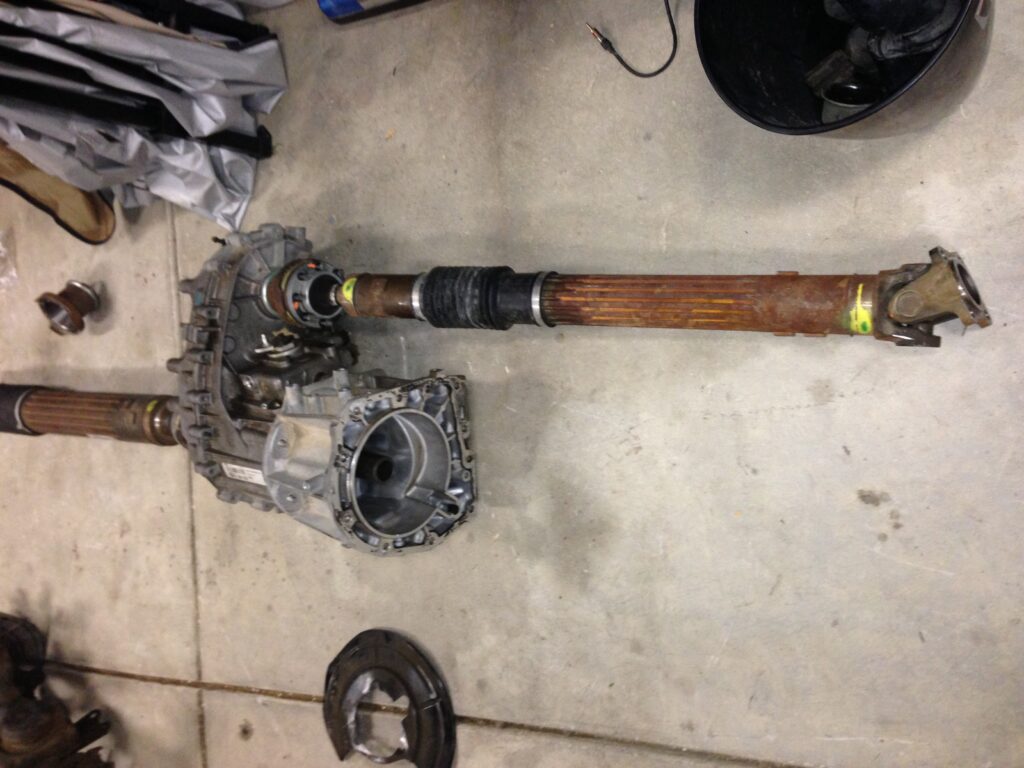 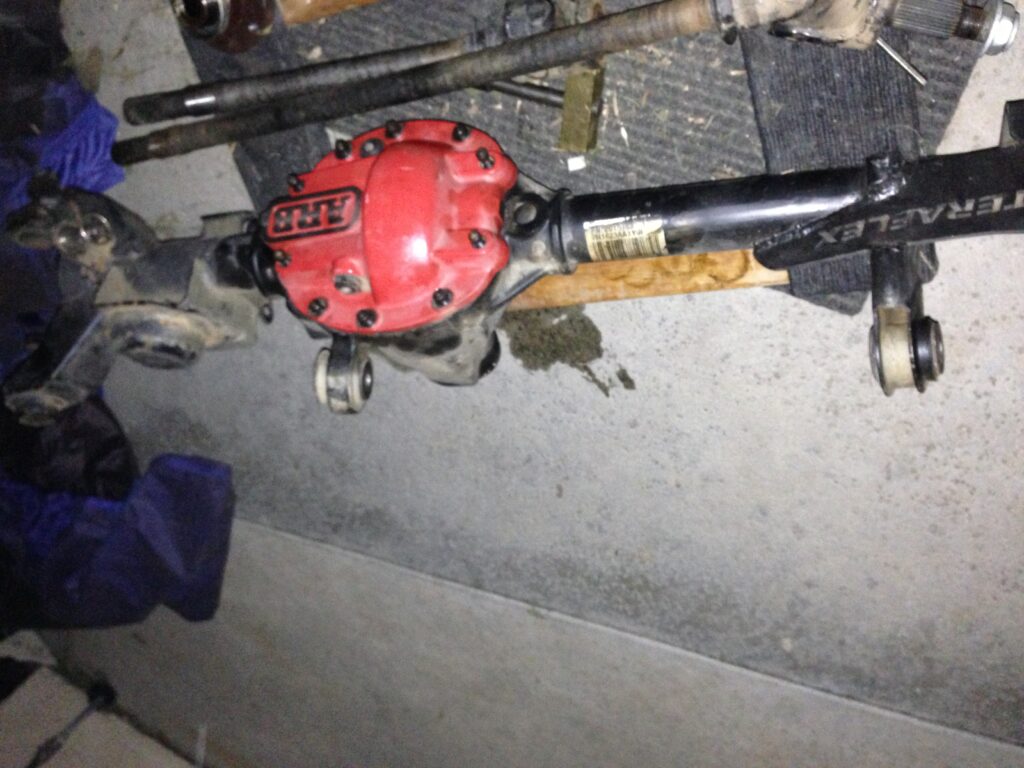 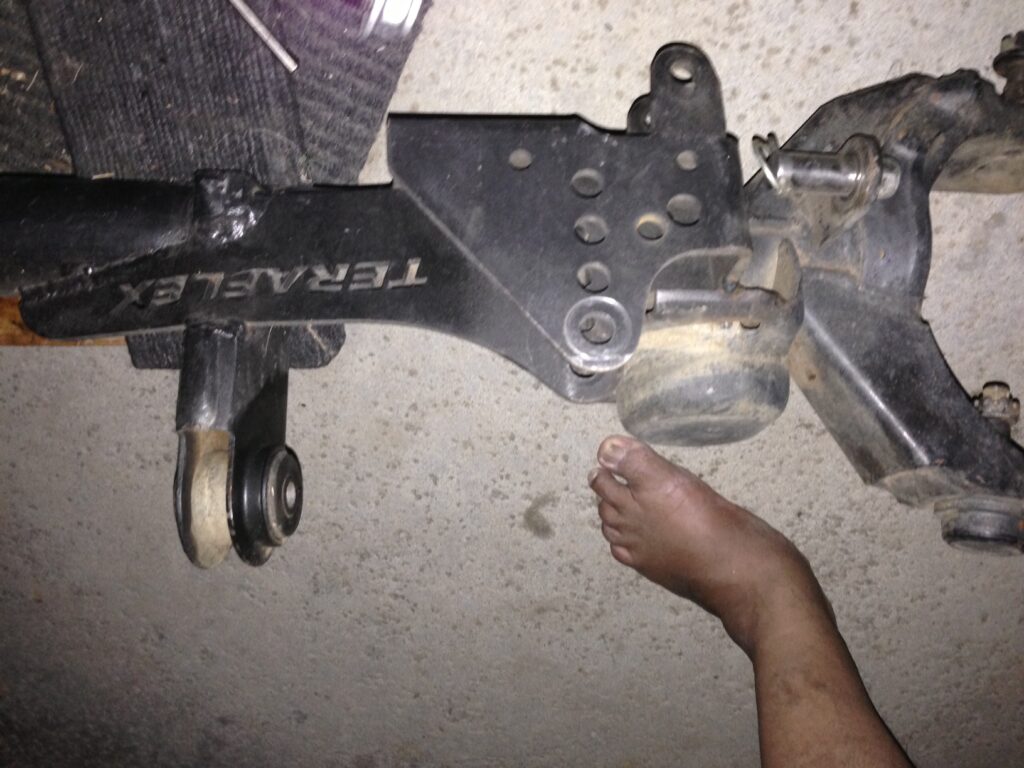 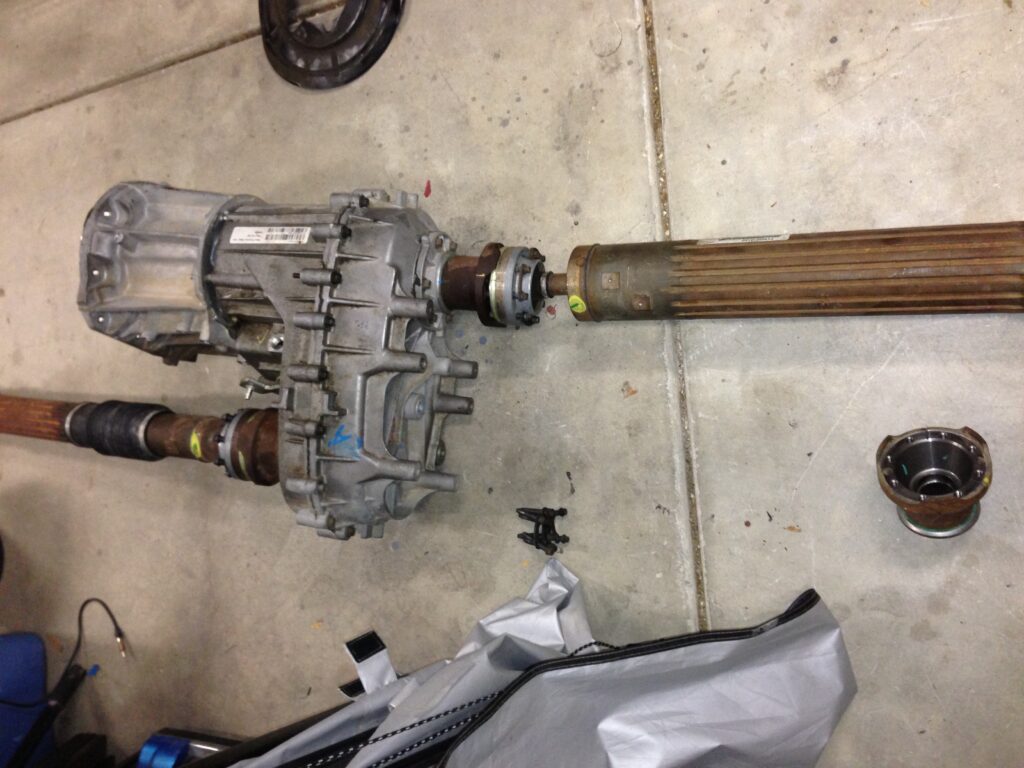 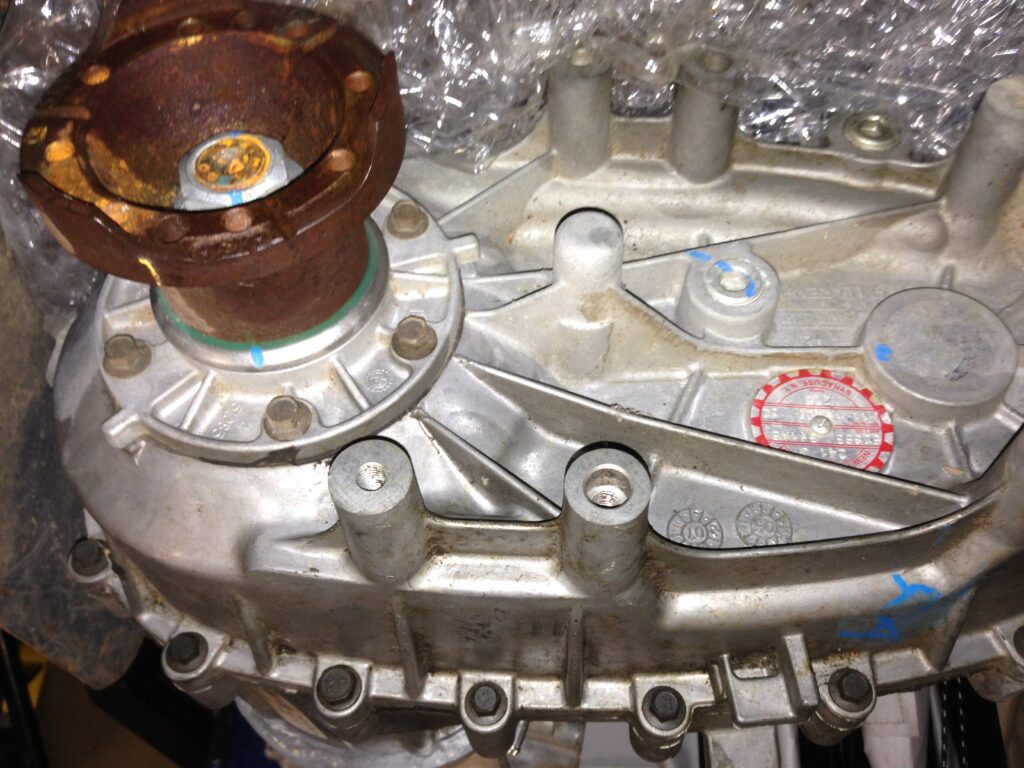 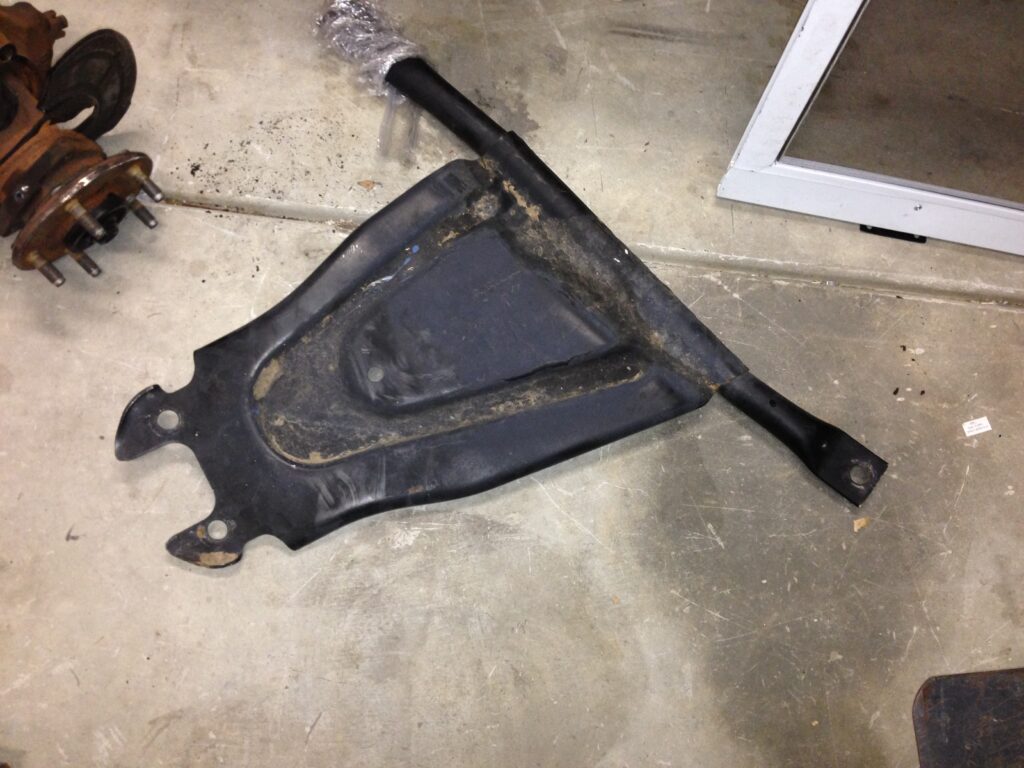 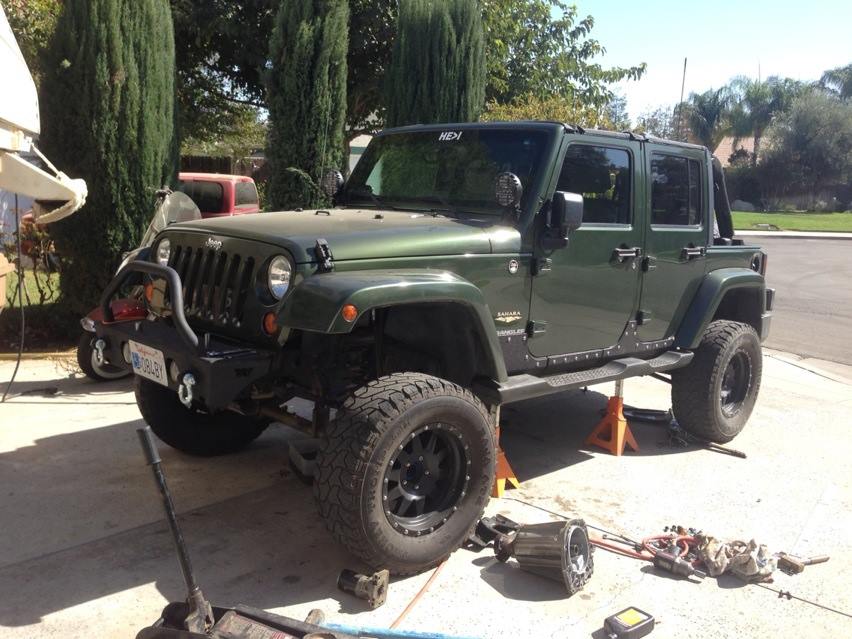 First up was turning the jeep into a 4 wheel drive. As we said before, changing our jeep to 4 wheel drive was straight forward. We had to locate a front axle, transfer case, rubicon springs and shock set, a shift cable and an Intermediate case and shaft that we got from Advance Adapters. We also scored a set of Method race rims from Vics Fabrication in Fresno 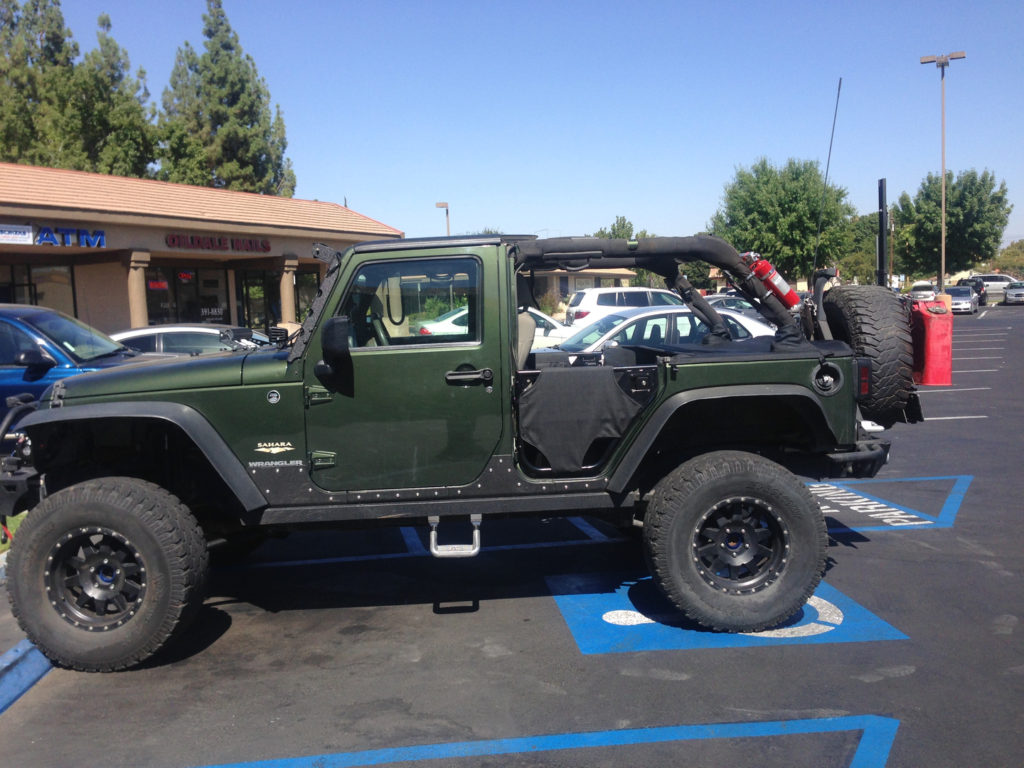 Some of the upgrades include body cladding that we made from some scrap metal around the shop, A Warn front bumper Smittybilt 9500 winch with synthetic rope,

Other upgrades include TNT Customs belly armor,  onboard air, RCV front axles, onboard air with a viair compressor and harbor freight 5 gallon tank. We also have K3LA Nathan Airchime horns to alert everyone we are coming through. We have both a convertable top, a hard top, and a bikini top. 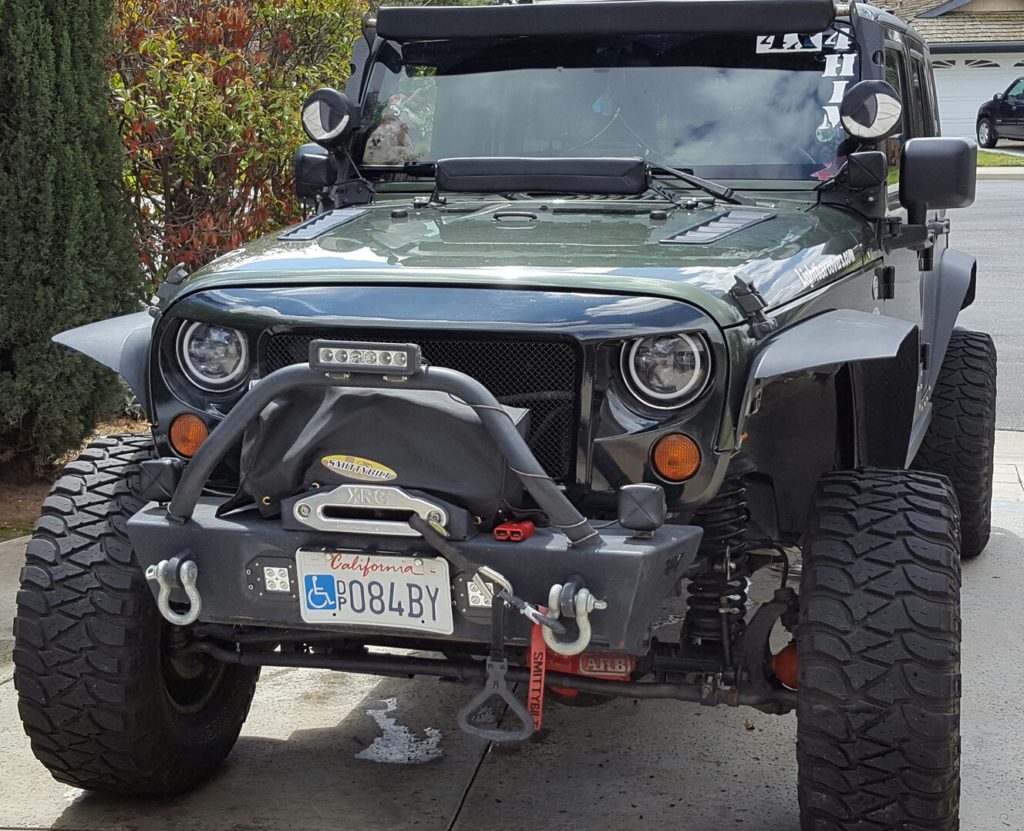 One ton axles!!! We are currently installing a 2005 f250 superduty front axle and a c3500 14 bolt srw full float rear axle. The transplant is made possible by Artec Industries with their axle truss weld on swap kits. we will have to also use an abs tone ring kit to fool the abs sensors on our 2007 wrangler. we also will have to use a set of spidertrax 2 inch wheel adapters to convert from 8x 6,5 to the 8x170mm ford pattern. We will also have to find a set of rims to go on with 37 inch tires. we were dissapointed to find out that 16.5 rims would not fit our front superduty front axle, making it impossible to run military tires.

And to keep us safe our friends at Rock Hard fitted us with a full interior roll cage and b pillars.

some items on our wish list include hydraulic assist steering a crawler box and aftermarket transfer case.

everything said and done we have built this jeep for under 20,000 including the jeep. We hope to see you on the trail and if you have any question or need helpful tips on converting your jeep into a trail monster just pick up the phone and give us a call.